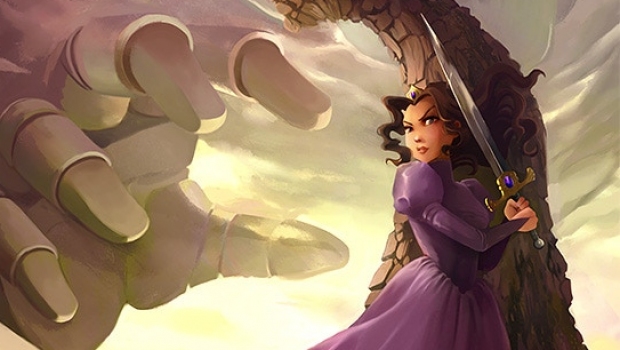 Following an incredibly successful Kickstarter campaign, comic book writer Todd Matthy, along with artist Nicolas Chapuis will bring fans the unique and enchanting four-issue children’s fantasy tale, Robots vs. Princesses, courtesy of Dynamite Entertainment! This story about courage, friendship, and acceptance will appeal to readers of all ages when the first issue hits stands in April 2018!

Robots vs. Princesses, the fun, action-packed, pop-culture mash up of fairy tale princesses and giant robot anime follows the beautiful Princess Zara as she sets off on her quest to find a dragon. But along the way, she instead crosses paths with a robot named Wheeler. The two join forces, and along with Zara’s friends, the pair must repel an impending robot invasion. Robots vs. Princesses is an all ages sci-fi/fantasy mash up that aspires to be the greatest animated movie never made!
Writer Todd Matthy says, “I am beyond happy that Dynamite picked up Robots vs. Princesses. Dynamite’s publishing line includes revised classic heroes like The Shadow and Green Hornet, rock stars like GWAR and KISS, creator-owned work like The Boys, all-ages fare like Grumpy Cat, and of course, the graphic adaptation of Game of Thrones. Such a diverse array of titles and creators makes Dynamite the perfect home for Robots vs. Princesses.”
Todd Matthy is an elementary school teacher who has had articles and interviews published with various top news and entertainment websites, and has self-published his own short fiction and comics. Robots vs. Princesses is his first work for a major publisher, and certainly not his last!
“All of us at Dynamite find great pleasure in publishing creator-owned pieces, and Robots vs. Princesses is one we’re exceptionally proud of,” says Nick Barrucci, CEO and Publisher for Dynamite Entertainment. “Creator Todd Matthy has such passion for his project, and worked incredibly hard to turn his dream into a reality throughout his successful crowdfunding campaign. Robots vs. Princesses will appeal to young, old, male, and female alike with a little bit of something for everyone, and will be a perfect fit here at Dynamite alongside our already successful all-age tiles like Animal Jam, Boo!, and Grumpy Cat!” 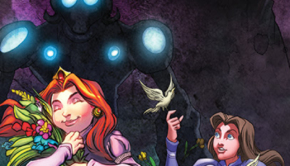 Robots VS Princesses: an All-Ages series →