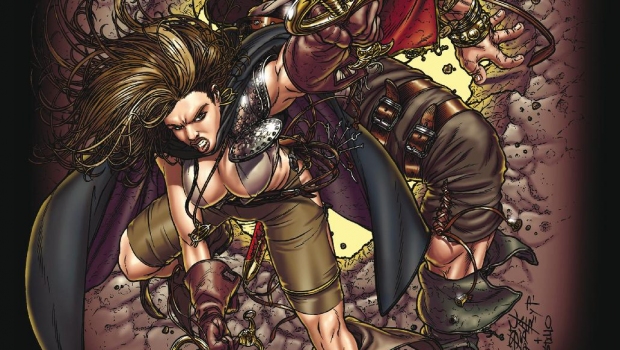 ComiXology just announced the Best Sellers of their digital offerings and Amigo Comics is incredibly proud that they are leading the charge! 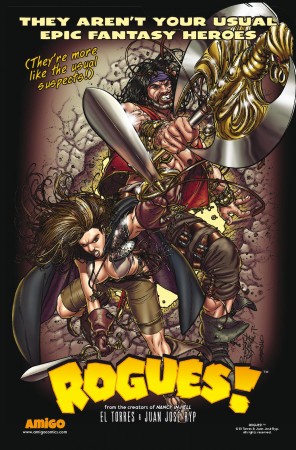 A story NOT about super heroes, NOT about zombies, but all about barbaric era´s, muscle man and sultry women, stories about sword&sorcery, talented sword-wielding thieves and their camaraderie.

Be sure to check out ROGUES! digital releases, and keep up as we are not only gearing up with our Volume 3 story arc, but as we are also featuring Juan José Ryp (Clone, Black Summer, Robocop, Wolverine: The Best There Is) and the return to what RYP does best: draw stunning action and gorgeous girls!

Here is the link to the ComiXology-list so you can see for yourself as well as something to share with your friends, family and fans on social media. WE DO NOT LIE!! > https://www.comixology.com/comics-best-sellers

`The Curse of the Chicken´

It began with a job for a rich Baron’s son, a simple task enough for two hardened rogues like Bram and the Weasel: To rescue the beautiful daughter of a wizard. But it ended with the most horrible curse that a thief can endure… chickens!