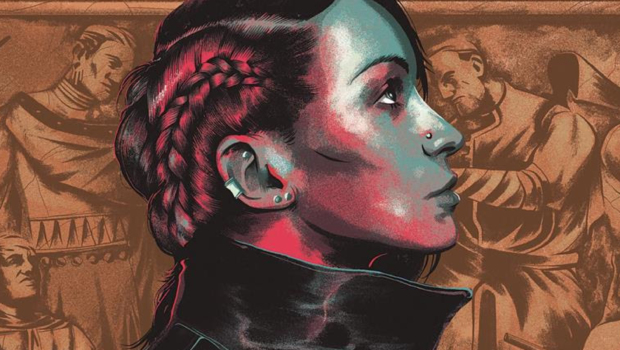 From best-selling writers Brian Wood (Aliens: Defiance, The Massive, Briggs Land) and Justin Giampaoli (DMZ, Starship Down, The Mercy Killing) and artist Andrea Mutti (Rebels, Prometheus: Life and Death) comes an exploration of an alternative history of the Americas. 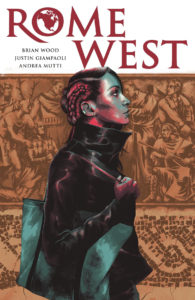 When a lost armada of Roman soldiers arrives a thousand years before Columbus, they don’t seek to conquer and exterminate, but instead set up a cooperative society with the indigenous peoples that radically alters the timeline of the Americas… and the rest of the world.

Fans of history, alt-history, and politically-relevant stories will be fascinated at the depth of detail and classic ‘what-if’ narrative.

Originally published by Stela, Dark Horse is thrilled to bring this exciting new project to print for the first time.

Rome West TPB goes on sale July 4, 2018, and is available for preorder at Amazon, Barnes & Noble, and your local comic shop.

“One of the best character writers in the industry.”-IGN