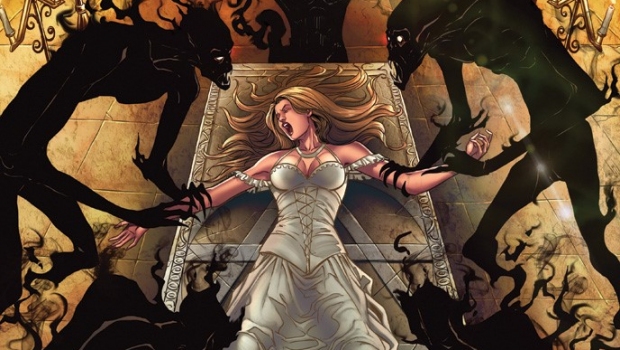 This March, Zenescope Entertainment brings you a brand new horror series that explores the decades old urban myth of Satan’s Hollow, a place that some say is a direct path to the underworld. And, twenty years later, the legend continues with a survivor’s return to the hellish town, albeit with an immensely evil companion…