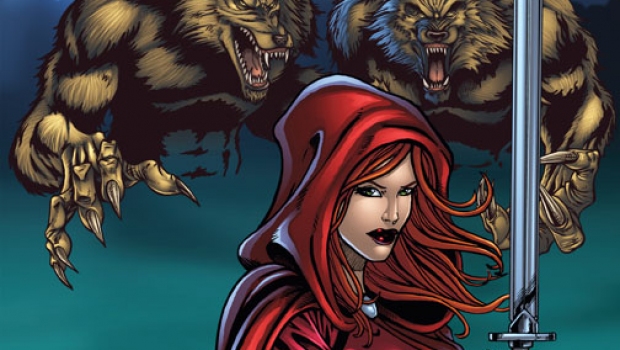 Scarlet Huntress Celebrates After Getting Funded Through Kickstarter 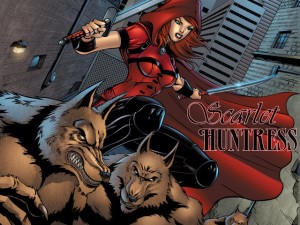 At 5:00pm (EST) yesterday Scarlet Huntress Anthology was approved for funding via Kickstarter!

Co-creators Sean Forney and Stephanie Forney are ecstatic and cannot wait to get to work on the new book. Stephanie along with writers John Barker and Bryan K. Borgman we will be delivering a new book to Kickstarter backers and the public with new storylines and fresh original art from Sean.

The best part is that for the first time Scarlet Huntress will be in beautiful digital colors by Sean Forney. Sean’s color work has been seen all over the place recently and he’s in high demand, which makes the kickstarter funding even more special because it will give Sean the ability to work on his own creation.

You’ve seen preliminary sketches and cover art, but there’s still a long way to go to get all three stories drawn, colored, and printed. The final amount reached was $8,057 (107%) with 317 backers. This is over the benchmark needed of $7,500 and enabled us to reach the first stretch goal of getting all backers at and over the $30 pledge level the brand new werewolf print by Sean Forney.

The book will hopefully be published and in the hands of backers late this fall or early winter. We would like to thank all the special backers and friends who have spent hours (along with us creators) online spreading the word via all our social media sites. And a special thanks to all the news sites that carried the press releases which were vital to our campaign survival.

Please follow Sean Forney online through Facebook at www.facebook.com/SeanForneyIllustration to keep up-to-date with the latest news and progress regarding the Scarlet Huntress Anthology project. 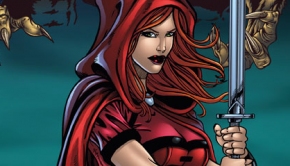 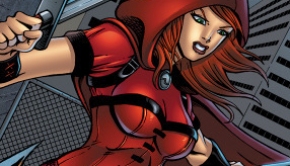