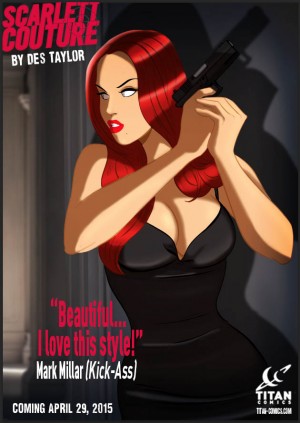 A kidnapping in Las Vegas ignites a high-octane adventure from New York to the Coast of Mexico! Join CIA special operative Scarlett in this race-against- time action-thriller!

Scarlett Couture #1 hits comics stores on April 29 and will be available to order from the February edition of PREVIEWS.