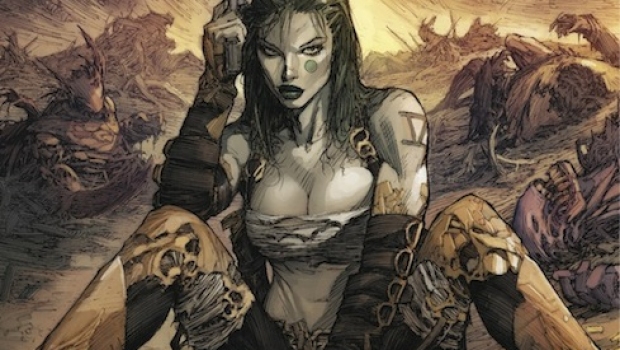 Attention, Comic-Con International Cosplayers! This is your chance to appear in a Top Cow comic book! Stop by the Top Cow booth (#2629) during the industry’s top convention, taking place in San Diego from July 17 to 21, dressed as one of the Image Comics imprint’s iconic characters to have your photograph taken.
Whether you cosplay as an armored up Darkness, Jackie in a tux, your favorite version of Witchblade, or characters from CYBER FORCE, APHRODITE IX, and THINK TANK, Top Cow wants you to appear in the pages of one of their titles.
“We are trying to do more things that show our appreciation to our very loyal fans,” Siike Donnelly, Top Cow’s new marketing manager, stated. “The goal is to be more inclusive, build a stronger relationship with our fans, old and new. As a former cosplayer myself, I know the work that goes in to creating some of these amazing costumes. It’s a true art form.”
Tens of thousands of cosplayers attend San Diego Comic-Con every year, with hopes of getting their picture taken by people who appreciate their craftsmanship and dedication to comics.

Donnelly continued, “If you cosplay as one of our characters in San Diego, we want to put you in our books as a ‘thank you’ for your hard work and passion for your art.”