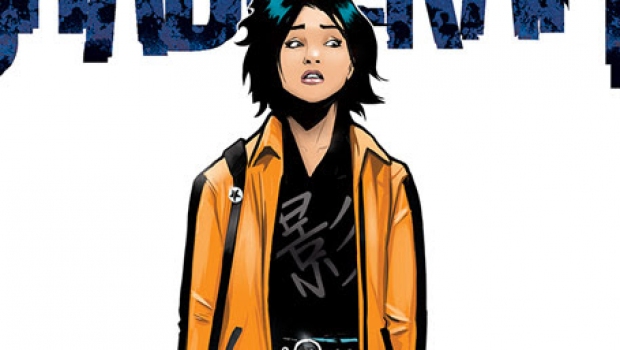 “To me, shadows are the perfect mixture of horror and fun. One minute, they seem to come to dangerous life out of the corner of my eye. The next, I’m making silly shadow puppets with my son,” Henderson said about of the announcement. “I love that cocktail of genuine scares and playful adventure, and we’ve infused it into this book. I’ve been wanting to tell a story with shadows coming to life for years, but it took finding the right emotional heart—finding Zadie’s story—for it to finally come together. Welcome to Shadecraft—let’s hope Zadie Lu survives the experience…”

In Shadecraft, readers meet Zadie Lu. She’s afraid of her own shadow. She’s also a teenager, so she really should have grown out of it by now… But something weird is happening in her small town—it’s as if the shadows are actually coming to life. Watching her. Maybe even trying to kill her. But how do you fight something you can’t even touch? And why is she the target they’re after?

Garbett “With Shadecraft we get to play with a darker, more ominous tone than Skyward without losing that vital heart and warmth that’s so important to us. This book presented a whole new set of artistic challenges in bringing the shadows to life. I tried to keep things as organic as possible, letting the ink move and grow on the paper to find its own form. I can’t wait for everyone to check it out.”

Join Zadie Lu as she ventures into the shadows to face her fears and discovers a legacy she never knew she had in a new series perfect for fans of the Koyoharu Gotouge’s Demon Slayer, James Tynion IV and Martin Simmonds’ Something Is Killing The Children and Veronica Fish and Kelly Thompson’s Sabrina the Teenage Witch.

Shadecraft #1 will be available at comic book shops on Wednesday, March 31.

Shadecraft #1 will also be available for purchase across many digital platforms, including Amazon Kindle, Apple Books, comiXology, and Google Play.