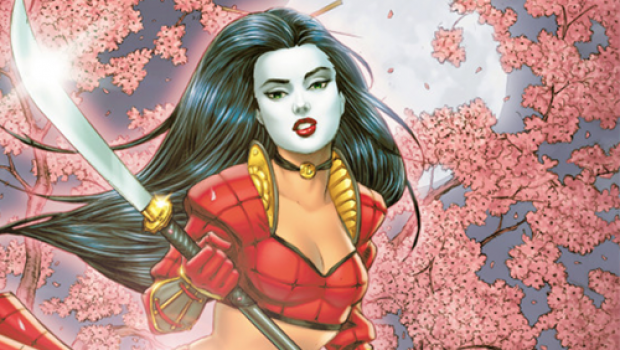 After the terrifying events of SHI: Return of the Warrior, Ana Ishikawa must now save her teenage daughter Hotaru who’s been kidnapped by a murderous “Shi” copycat killer. But to do so, she’s forced to ally herself with her lifelong enemy, the manipulative Masahiro Arashi. But what if it is all a ruse leading Ana into a deadly trap set by the Yakuza Oyabun?

Find out in SHI: HAIKYO, the 56-page, full color sequel to Return of the Warrior. This action-packed, psychological samurai thriller reunites Shi creator Billy Tucci and writer Steven Peros (Stoker & Wells: Order of the Golden Dawn, The Cat’s Meow), artist Gardenio Lima, colorist Brian Miller (Hi-Fi Colour Design), letterer Mindy Lopkin (Zombie-Sama!), and designer Nile Scala for a journey that takes the reader deep into the haunted Ruins of New York’s Roosevelt Island as a mother must embrace death so that her daughter may live.

The Page is now LIVE on Indiegogo here:
https://www.indiegogo.com/projects/shi-haikyo#/