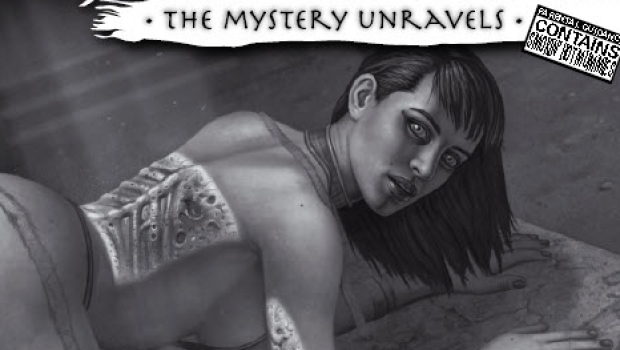 Before getting into the “silent period” I would like to address the first steps taken in getting the comic into print.

So remember when I said that the stories were coming in and the sketches and layouts and more? Those were exciting times, that is for sure.

Over the years I was privileged to come into contact with so many talented folks and one of them was Art Grafunkel (not his real name of course. Let me call him Steve!) who ended up being one of my favorite Belgian folks ever. He is friendly, talented, copes well with the loud-mouthed Boom, real, keen, sharp minded, gentle, really talented and handsome even. During the course of years I noticed that whenever I saw him, the place actually lit up. That is just what he does. He might look humble, harmless and handsome (said it twice now) but he just might be some the Messiah. Honest to god!

Steve aka Art Grafunkel is the one person who also was kind enough to wrap up (pun intended) all the bits and pieces I already had lying around and put together that very first comic, I like to call ASH CAN COMIC!

Everybody knows what an Ashcan is right? Ashcan Comic that is!

They are these little black/white self-printed mini-comics artistic folks would hand out at comics. They would give it to publishers for instance to show them what they could do. Remember: this was befóre the computer-age aka PDF aka email-it-around era came to be.

And I just loved the Ashcan Comics that Harris Comics (Vampirella, duh!) and Chaos! Comics (Lady Death, duh!!) put out as well. Those were the first Ashcan Comics I ever saw, basically because I live in the Netherlands and a real USA-convention is still a dream to visit currently. So no idea what that format even was until I saw them via Harris.

I remember seeing those preview-comics in Ashcan Comic format and I just adored them. So when it was time to get my comic out as a preview comic for a little Dutch convention (gotta start somewhere) I could only think about that format… which I adored.

So Messiah… I mean, Steven… he is this talented Graphic Designer as well. For real! And this Ashcan Comic he made for me was looking sooooooo sweet!

It holds a nice introduction by lil me, a cover-progress from artist Paulo Teles Yonami, storyboard layouts by Paulo Teles Yonami based on a script by Victor Kruithof and Pinups by Romano Molenaar, Eric Basaldua, Axel Medellin and many local artists. It was lettered by my Spanish ‘brother’ Juan Torres at Malaka Studios. And that stunning front cover? Adam Brown himself, folks! And that logo/banner? Art Grafunkel again!

So this was the start!

I had a limited amount printed out (still a few around if you want to order some. Just email me) and actually handed out most of them to friends, family, contributing artists and such. This really was an eye-opener for me and I suggest you add an extra 100 just to hand out to friends and family!!

Will talk next time of the “Silent Era”!