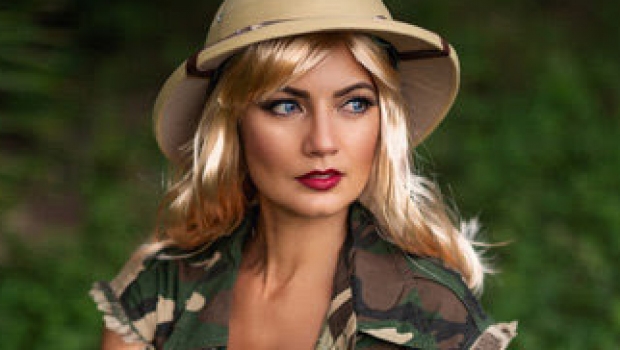 She’s not just Hollywood’s 306th Best Actress, she might be America’s #1 comic book. “Starring Sonya Devereaux” has been nominated for Best Comic of 2020 by respected pop culture site CriticalBlast. The title, published by American Mythology Productions, follows the hilarious exploits of a beautiful actress and the outrageous, ultra low-budget movies she’s in. Movies so bad they’re good like SpiderShark vs SnakeBear and Naked Are the Damned 2 – the comic skewers every genre trope in Hollywood and the often ridiculous characters who live in that world. Voting is open until February 1st, 2021 at criticalblast.com

The new IndieGogo campaign for Starring Sonya Devereaux: Warrior Woman Death Team 5 is live right now with the title slated for release in April 2021. The creators again promise great IGG rewards like an exclusive variant cover, an original all-new Sonya story for backers only, and the opportunity to be written & drawn into an issue. And we just announced an incredible Ivy Cosplay trading card stretch goal!  Warrior Woman Death Team 5 features the latter reward with a backer appearing at the real pop culture convention WonderFest with Sonya. Livingston says, “this is not like other campaigns where the backer appears in a panel or two – our backer appears in a full 3 or 4 page scene with Sonya. We showed him the pages and he loves them!” View the campaign at Starring Sonya Devereaux IGG – The Sequel. 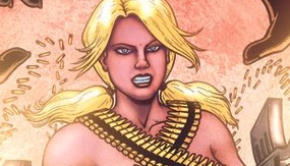