C4S with their so..." /> Space Goat Publishing Solicitations For August 2015 - Comics for Sinners
Solicits 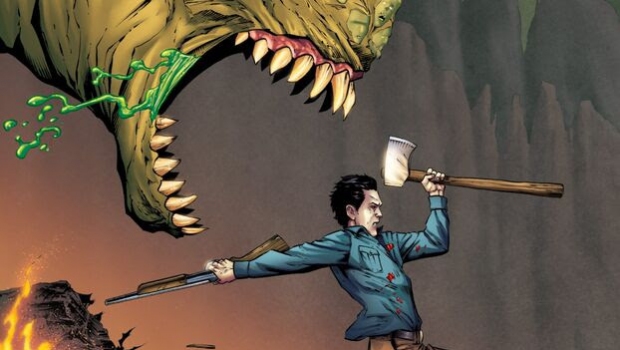 Space Goat Publishing  has provided C4S with their solicitation info for pre-orders to arrive in stores August 2015.

Four separate stories, “Soul Power” by Justin Peniston and Enza Fontana; “Camp Deserted” by Georgia Ball and Eduardo Garcia; “The Lottery” by regular Evil Dead 2 writer Frank Hannah and Gabriel Rearte; “Das Book” by Frank Hannah and Alan Quah. All tie into the Evil Dead 2 Universe and expand what we know about Deadites, Kandarians, and the Ex-Mortis.

In Evil Dead 2: Beyond Dead by Dawn #2 Annie and Ash find Annie’s parents outside the cabin but are they too late? Her parents are under the control of a giant demon, and Ash must fight his way through a demonic horde to free them. Just stand back and give him some sugar, baby!

What if Alfred Pennyworth had a daughter about Robin’s age? What sorts of adventures would they have? Jamie Baldwin’s estranged father works for The Zoom Family, a premier team of armored heroes and his childhood friend Katsumi is the heroine known as Rocket-Queen. Jamie can’t help but get involved in her impetuous quest to find her mother’s killer and bring him to justice. Action and adventure ensue, as do joy, pain, and sacrifice. It’s hard to hang out with heroes without learning how to be one.