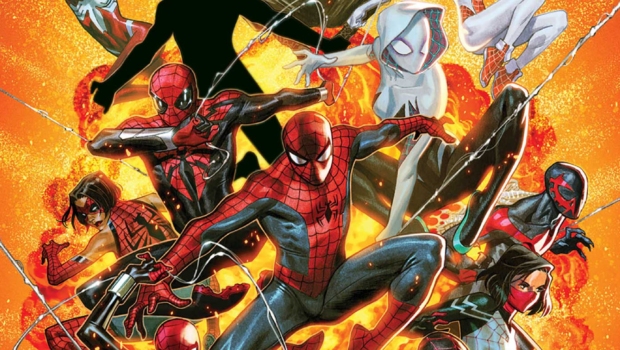 Nothing much is known, but to see all these alternate male (8) and female (6) Spider-folks, sure looks exciting!

The Spider-People look to swarm up against a new threat against the Marvel Multiverse, perhaps a threat even bigger then the Spider-Verse storyline which had fans shivering!

Spider-Gwen: Gwen Stacy was Parker’s first true love and in another reality she became the main Spider-hero.
Jessica Drew (Earth-1610): basically a clone of Parker and after his death in that 1610-universe, she tried to mentor Miles Morales.
Spinneret: the alternate-reality version of Mary Jane Watson
Ashley Barton (Spider-Woman): the daughter of an alternate-reality version of Hawkeye who team-ed up with Superior Spider-Man (actually Dr. Octopus in Parker’s body) to stop the killing of Spider-Men in the Spiderverse-storyline.
Silk: Cindy Moon, the girl who was bitten by the same spider as Parker.
May Parker: Peter Parker and Mary Jane Watson’s firstborn child from an alternate timeline, who has joined the interdimensional Spider-Team. 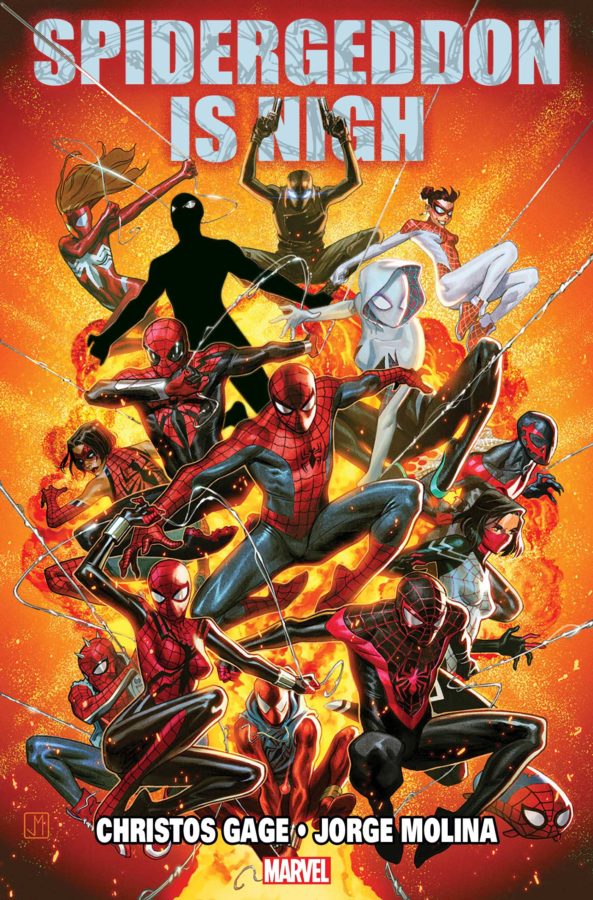