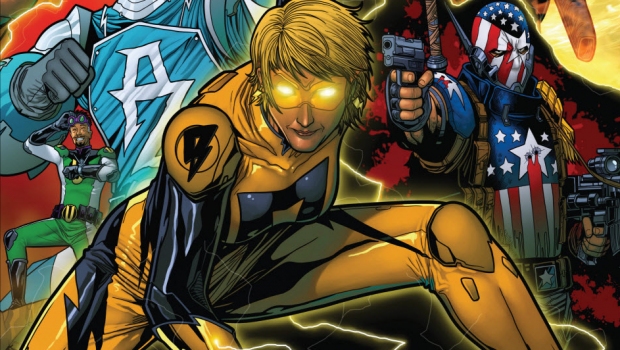 Unlikely Heroes Studios is offering their Super! issue 5 to be released on July 23rd on Comixology.

Unlikely Heroes Studios will also be travelling to San Diego Comic Con at the end of the month. There, they’ll be debuting a 176 page hardcover edition of Super! that collects issues 1 – 5.

Copies will be available for sale at the convention, and creators Zack Dolan and Justin Piatt, as well as series inker and cosplay model Laurie Foster will be on hand to sign it for free.

Unlikely Heroes Studios aim to have the SUPER! HC on their website in September, and their our first three issues, they have no solid plans for releasing this through Diamond Distributors.

Unlikely Heroes Studios hope that through a strong convention appearance, augmented by the visible presence of a live-action Blitz, and the strength of our comic, they’ll come home from San Diego with even bigger news.