Dynamite Entertainment continues its partnership with Atari®, one of the world’s most recognized publishers and producers of interactive entertainment, to create a new comics line based on beloved Atari titles. In the early 1980’s, as video games lit up living rooms across the country and licensed comic books saw prominence in the industry, Atari released their own based on their popular line of titles. Now, Dynamite Entertainment, the modern leader in licensed comics, brings fans Swordquest comic we’ve been waiting for since 1983!

Peter Case was a boy on a quest… the quest to win the prizes from Atari’s Swordquest challenge! He was counting down the days to the release of the final game, AirWorld, only to be shattered when the news surfaced that it would never be released. Now Peter is an adult… and things aren’t going well. The bad news is he has to move back in with his mother. The good news is she still has all of his old Atari stuff. With nothing else to look forward to, his obsession with Swordquest is reignited, in a more daring — and fantastic — way!

Written by Chad Bowers and Chris Sims (X-Men ’92, Down Set Fight) and art by Scott Kowalchuk (Batman ’66, Down Set Fight), Swordquest makes its triumphant return to the printed page at a special introductory price of just 25 cents!

“Most anyone who remembers Atari’s heyday, remembers Swordquest. It was one of the crown jewels of their line of games, complete with its own real world prizes,” says Dynamite CEO and Publisher, Nick Barrucci. “When we announced our intention to publish a new line of Atari comics back in 2014, Swordquest was one of the titles everyone inquired about most. What Chris and Chad have come up with will delight every kid who dreamed of winning that gold goblet! Also, we wanted to have fun with this series, so we’re releasing the #0 issue at the same price as an arcade game cost to play back in the ’80’s: only 25 cents. Sure, Swordquest was a console game, but if it was an arcade game, it would have been two bits for the 8 bits. Not only do we get to have fun with this cool pricing, but this also allows fans to try out the series at the lowest cost possible, and retailers can stock the shelves to get readers with minimal risk.”

Swordquest #0 will be solicited in Diamond Comic Distributors’ March 2017 Previews catalog, the premier source of merchandise for the comic book specialty market, and slated for release in May. Comic book fans are encouraged to reserve copies with their local comic book retailers. Swordquest will also be available for individual customer purchase through digital platforms courtesy of Comixology, Dynamite Digital, iVerse, and Dark Horse Digital. 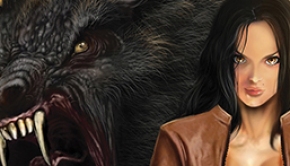