Assassin’s Creed: Bloodstone Vol. 1 is now published by Titan Comics and was originally cooked up in French by Guillaume 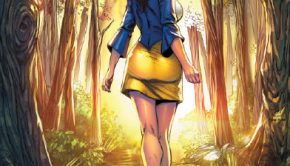 Welcome to the final issue of GRIMM FAIRY TALES, one of the longest-running indie comics currently being published. The first