Image Comics co-founder Erik Larsen takes on a whole new wall-crawler! After wrapping up the volume one conclusion of Mario

Well.. it is a big month and personally it has been a while since I last pre-ordered this many books!

Fourteen years after its previous issue was published, Image Comics partner and CFO Erik Larsen returns to Ant to provide

So the artist known as Mario Gully, or O.M.G. (Original Mario Gully) aka the creator to “ANT” which Erik Larsen 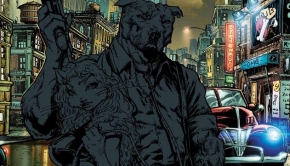 Comic veteran Mario “OMG” Gully launched his latest comic book on Kickstarter this week. Written and illustrated by Gully and