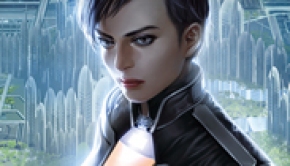 The Sci-Fi sensation series Honor Harrington gets its debut in the comic world on March 5th, 2014 with the release

TALES OF HONOR #1 lands this March, kicking off the first of many immersive science-fiction comics, games, webisodes, and TV