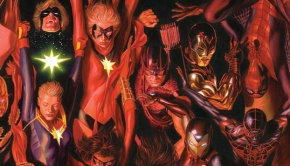 Once upon a time, a kid from New York City picked up a shield and charged into battle…A prodigal son

Silly, I know. But they sure all have to check their armpits 🙂 Anyway, introducing a new event featuring the