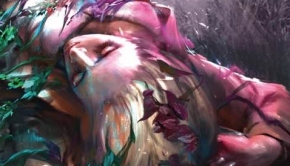 If you’re unfamiliar with Double Take’s line of books, they’re set in the world of The Night of the Living