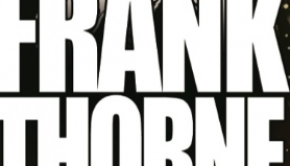 From March 9 to March 30, 2015, in New York City, Illustration House presents “Through the Eyes of a Wizard”: