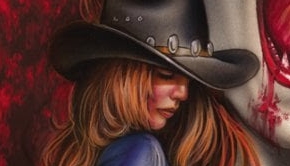 Attention everyone, the new project from the mind of Monte Moore and Maverick Arts is launching on Kickstarter on April

Loco Hero tells the story of a homeless Latina war vet, named Brina, who sustains a head trauma after trying