A Leader Ascends in PRINCESS LEIA #1 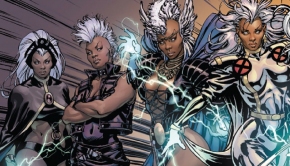