Well.. it is a big month and personally it has been a while since I last pre-ordered this many books! 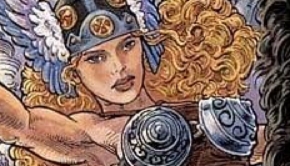 In this feature we are showcasing the progress of Artist/creator Michael L. Peters newest project in which he urges you