Browsing the "Women of Dynamite" Tag

Women of Dynamite Gets Limited Upgrade for Jungle Girl and Purgatori

Building upon the excitement for the all-new Women of Dynamite statue line, as well as the recent debut of the 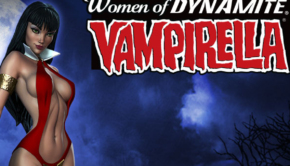