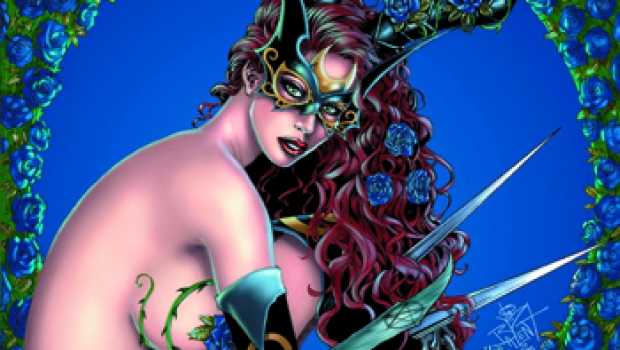 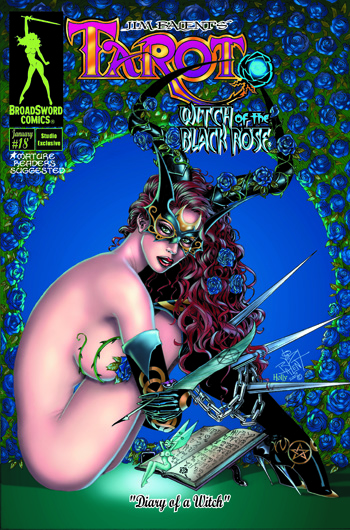 Broadsword Comics has released info on their special reprint of their sold-out edition #18. The new print run is 400 but they currently only have 40 available to offer.

The front cover is ‘B’ & back cover is design ‘A’ from the 1st press.
Each edition will come signed by Jim Balent and bagged for protection.

Tarot, Witch Of The Black Rose #18

“Diary of a Witch”
Art and Story by Jim Balent

You can order this book online at the Broadsword Comic Shop.