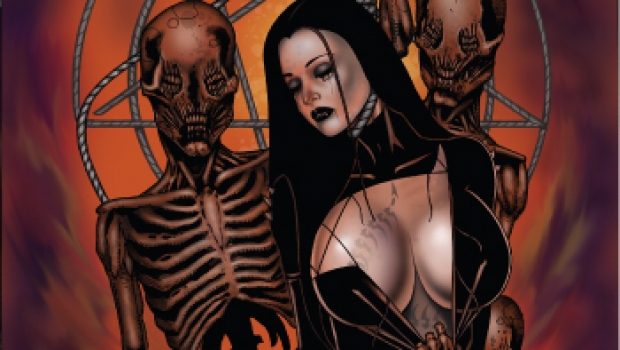 Broadsword Entertainment has provided C4S with a preview of their covers to Tarot Witch of the Black Rose #91, in stores March 25, 2015.

Tarot Witch of the Black Rose #91

Alone on a hill with no Sister or Mother to come to her rescue, Hangs the body of Raven Hex from a tree. She used a spell from the Book of Curses to Re-Unite with her Dead Father. But there was a Terrible Price to pay.