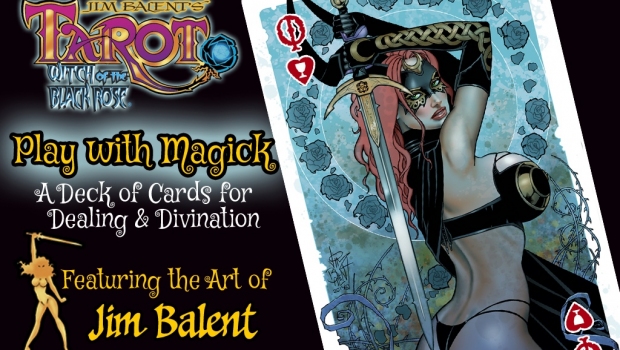 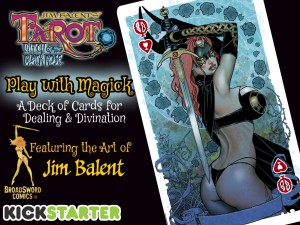 For the 16 Years that Broadsword Comics have been publishing Tarot, Witch of the Black Rose, readers have many time requested them to create a card deck. Broadsword Comics wanted something that both the Magickally inclined and card aficionados would enjoy. A deck that fans can play your favorite card games and also gaze into the unknown with. Broadsword Comics thinks this project will do just that!

To make it fun and simple Broadsword Comics assigned their comicbook characters to specific card suits: Tarot to represent Heart/Cups, Raven Hex as Spades/Swords, Skeleton Man as Clubs/Wands and the Diamonds would be a pantheon of supporting characters such as Boo Cat, Crypt Chick, Dragon Witch and more.

With support of the fans, Broadsword Comics can make this Enchanting Deck, filled with bewitching art, a Reality!