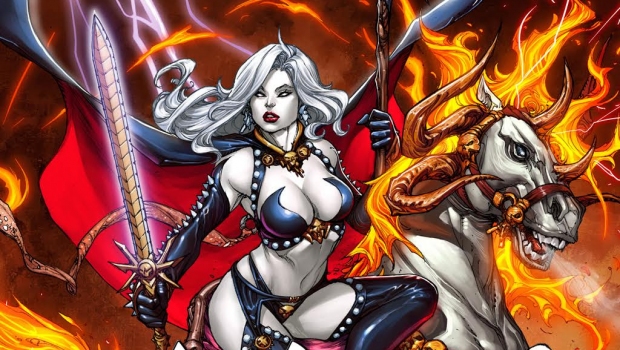 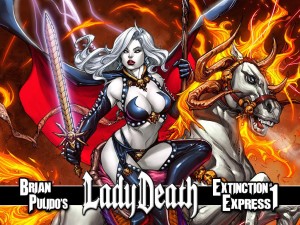 A few weeks ago, Coffin Comics announced Lady Death: Extinction Express #1. The fundraising campaign will be launched on Kickstarter on February 3!

Extinction Express #1 will pick up where Damnation Game #1 left off. Rewards will be revealed to the general public on Monday, February 1. But for now, feast your eyes on some sample pages from the new book!