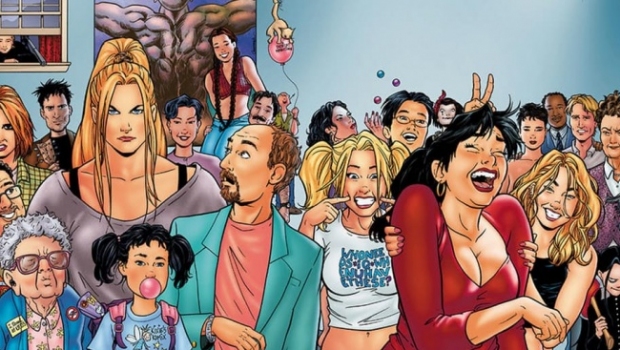 Terry Moore’s long-running, culkt-classic Strangers in Paradise is being adapted for the movie industry. Angela Robinson, writer and director of Professor Marston and the Wonder Women, will work with Moore on the adaptation, according to The Hollywood Reporter. Further details on the project were not revealed.

Strangers in Paradise focused on the love triangle among Francine, her best friend Katchoo, and their friend David. Their frequently comedic yet romantic interactions become even more complicated and actiono-filled when the mob comes looking for Katchoo. The series ran over 90 issues between 1993 and 2007, winning an Eisner in 1996 and a GLAAD Award in 2001. The series is often credited with introducing non-comics readers, particularly women, to the medium.

“I’ve been wanting to adapt Strangers in Paradise for over a decade, since the first time I read it and couldn’t put it down,” said Robinson. “Terry Moore writes real female characters with such breathtaking sensitivity. With Strangers in Paradise, he pulls off the nearly impossible — a sexy, stylish crime story with tons of heart. I look forward to our collaboration!”

The comic first debuted in January 1993, and it received the Eisner Award for best serialized story in 1996 as well as the GLAAD Award for best comic book in 2001. It has been written and drawn by Moore since its first issue. 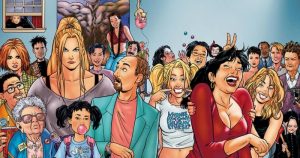 “Angela and I have known each other for years, and I greatly admire her creative vision,” said Moore. “From day one, our common goal was to bring Strangers in Paradise to the screen. It’s a complex story that took years to write, and Angela gets it on every level. I can’t wait to get started!”