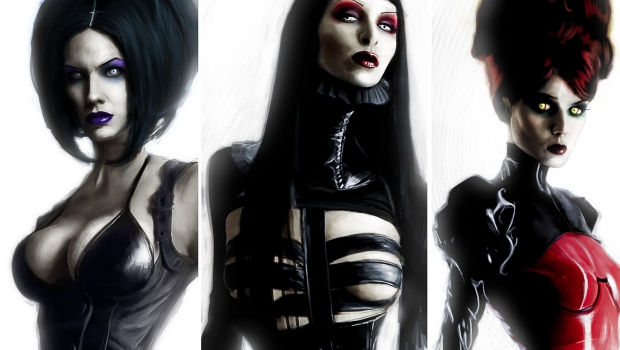 The Memory Collectors Will Set You Free

After the twisted journey of surprise indie-hit Monocyte, menton3 is ready to take a new dark path into a world that is not what it seems. The truth will be revealed this October in his newest project, The Memory Collectors.

This three-issue limited series with both story and art by menton3, follows a group of unexpected heroines as they uncover the terrifying revelation that humans have become unwillingly harvested by demonic entities for their memories. Undaunted, the group decides to fight back against their unseen enemies in this desolate new reality.

“It’s always an honor to work with IDW,” says menton3. “I feel so incredibly lucky to have their help to put out a very different kind of story from me. Working on The Memory Collectors reminded me of why I wanted to make comics.”

“Menton’s blend of fine art and storytelling produce something completely unique,” said series editor Denton J. Tipton, “He’s a pleasure to work with, and every new page he turns in finds a new way to surprise me.”

His work has appeared across IDW’s line with covers for Infestation: Teenage Mutant Ninja Turtles, Mars Attacks, X-Files and more. His recent, hugely successful Kickstarter campaign for the book Lust with Steve Niles and Ben Templesmith, easily exceeded its financial goal. menton3’s other recent creator-owned venture with Steve Niles, Transfusion, was both a critical and commercial success.

The Memory Collectors will be the third creator-owned project from menton3 at IDW and looks to be as dark—and captivating—as the others.