The Mindgator: The Kiss - Comics for Sinners
News 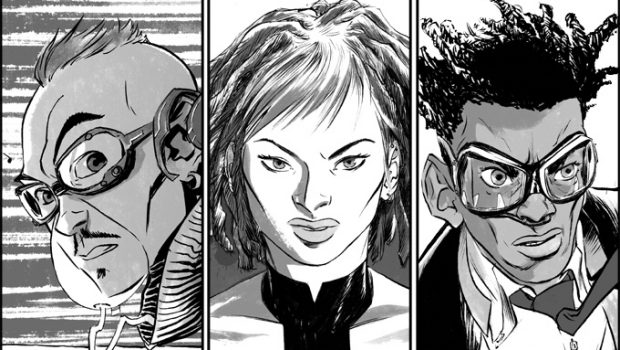 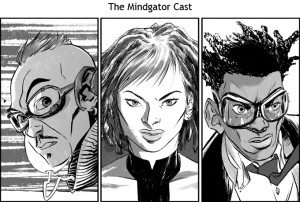 Books should be read, not scrolled.

A great book is called a “page-turner” not a “scroller”. The shape, format and printing technique can be a work of art that serves the story being told. In this era of fondle pads, the true book stands apart from something scrollable. The readers become an active, integral part of the story as they move through the pages.

The MINDGATOR is a comic of secrets and hidden treasures fore the reader to discover. The story revolves around one central question: Would you help that stranger standing next to you at the stoplight if he suddenly collapsed? Or just move on when the light turned green?

In The MINDGATOR, we meet Miguel, a man still recovering from that time his luck ran out, who tries to redeem himself by helping a stranger only to realize he’s stumbled into a much larger plot that would destroy his beloved city Tokyo.

And it’s those stunning Tokyo panoramas that are presented so beautifully in The MINDGATOR book. The American-born artist, Mulele Jarvis, has lived in Tokyo for 25 years. “It has this sense of the unending chaotic beauty that continuously unfolds the more you explore the city. Tokyo is a character as important to the story as the protagonist,” he explains. “I used the format of my book and the architecture of my story to convey that character.”

The book was designed to take advantage of the cinematic panoramas and truly breathtaking cityscapes painted in an ink-washed sumi-e style. The inside cover unfolds into a beautiful 90cm (36 inch) panorama of the Mindgator world, future Tokyo.

The MINDGATOR is on Kickstarter (kck.st/1SbcD8e) and is trending toward success but still needs help to make it toward the goal. Please head over to the site and pick up some of the awesome backer rewards ranging from a signed copy of the MINDGATOR to original or custom artwork.