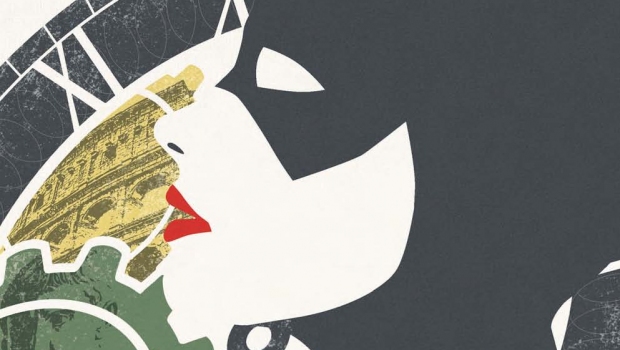 “We wanted to make the Miss Fury: Digital First storyline distinct from the ongoing Miss Fury series,” says Rob Williams, writer of both the regular printed series and its digital-first counterpart. “The regular monthly is a character piece; I’m really intent on getting into Miss Fury’s head there. But in Digital First, there’s a bit more pure pulp adventure. Think of these digital shorts as Republic serials. Lots of action, lots of cliffhangers, and big, fun concepts… like time-traveling Roman centurions and dinosaurs. They’re short, sharp, self-enclosed blasts of pulp fun.”

Set in the World War II era, Miss Fury: Digital First pits the masked crimefighter against Krampus, a Nazi time agent intent on unleashing time-lost threats in Manhattan. With space-age technology, man-eating dinosaurs, a platoon of Roman centurions, and other menaces popping up from the Bronx to the Battery, wealthy socialite Marla Drake’s alter-ego has her hands full.

Regarding her appearance in a digital platform over 70 years after her creation, writer Rob Williams remarks, “It’s fun to take one of the original super heroines, a character so firmly rooted in the 1940s, and then to show her via this 21st century digital medium. Give the character a new lease of life.”

Dynamite’s schedule of release for each digital chapter is as follows:

Comixology will exclusively offer the content of Miss Fury: Digital First for a limited time. Dynamite plans to release the story in printed comic format as a two-part miniseries, with its first issue launching in comic book hobby shops on August 21, 2013. 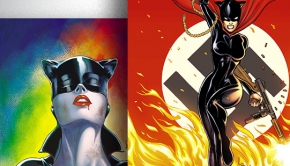 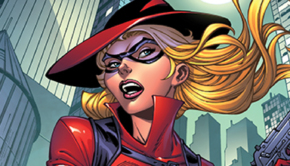