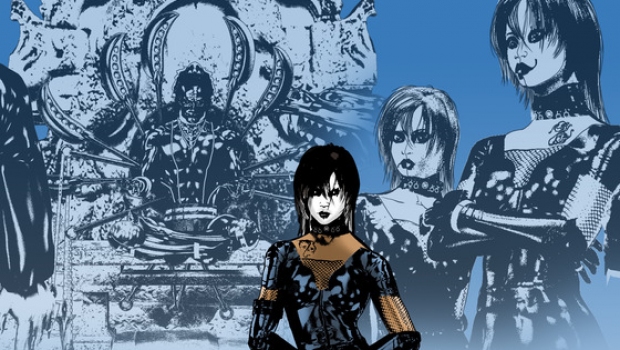 William Hodge and Wyldcard Studio have started a campaign on Kickstarter to find financial backers for Convention Exclusive Variants of “The Uncanny”. Hodge wants to start attending and selling at conventions and he wants to raise money to print up special convention only covers of all of the finished issues of The Uncanny.

William Hodge wants to make his mark and now added a special pledge, with which backers can become A Monitor Head!!

Have your picture appear in the Online Story. On July 29th I will be publishing the 12th page of this story. The Uncanny will be fighting dozens of Guardians with the monitor heads and it will go on for a couple of pages. I need pictures. A lot of them. Anyone who wants to be in the book and receive a copy of the final book can do it for $25. Depending on how many pictures I get, you may appear more than once.

William Hodge wants to make this project happen and added some more unique packages, where you/reader/fan can be the villain in The Uncanny as well as Hodge is making a Kickstarter-unique comic ON THE SPOT, which you can read online at http://www.kickstarter.com/projects/williamhodge/the-uncanny-convention-special-comics during the duration of this project!

Starting with this updated message, here are the first pages of the The Uncanny’s latest adventure.

Aside from this unique comic, Hodge is also working daily on the Special Kickstarter Only Cover for The Uncanny Issues, which will become an interlocking image!

Who are The Uncanny?

The Zen Brawler. The Voodoo Wildchild. The Faceless Mystery Man. The New Age Oracle. The Master of the Steel Skin Technique. The Psycho Soul. And the Gnostic spirit. They are “The Uncanny”.

The Uncanny, is a mystery school of revolutionaries fighting against conformity and spiritual oppression.

This is a modern day super hero comic book. It’s a little bit Matrix, a little bit Doom Patrol and a heaping of everything fantastic thrown in.

Main prize: For a $35 pledge, the backer will get the entire story of The Uncanny with 260 pages worth of fantasy like you’ve never seen before!.

Other incentives include pdf copies of The Uncanny individual issues, signed hard copies of the Prologue and issues 1 thru 7, The 100 Full Color TPB collecting the 100 variant covers for The Uncanny Prologue, and The Uncanny TPB collection with special Kickstarter Edition cover. This all from the smallest pledge of $5 even!!

One of the most unique incentives being offered on Kickstarter EVER is The Omega Edition variant. The Omega Edition has a one of a kind cover for the book; only one, never to be used again. No one else will have that cover!!

Some backers will even be able to make a cameo appearance in the book.

In the “extreme 90s” he did some professional work. He penciled a story in DCComics Showcase ’94. He did art chores on Dr. Weird for Gary Carlson and Big Bang Comics. After having flirtations with other companies that didn’t turn into work, he decided to go into creator owned work and published one issue of a sci-fi comic called NanoSoup thru Millennium Publishing. Over the past decade, the need to work consistently and pay bills took priority and comic books had to take a back seat.

Over the past year with a tough economy, William has been working erratically as a freelance web developer and this has given him the time to work on “The Uncanny”. His issues have been selfpublished and out for sale, others are completed and currently working on the next arc. It’s finally time to start living the childhood dream. 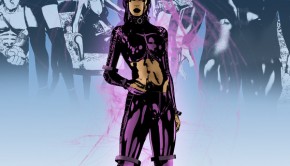 The Uncanny Are Victorious →