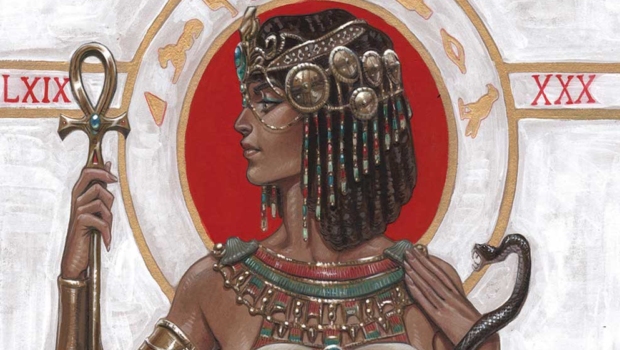 Titan Comics has provided C4S with their April 2018 Solicitations…

Drawn by two of the greatest comic book legends, Jack Kirby and Gil Kane, this is an art-sized, hardcover collection of the ‘long lost’, previously unpublished comic books based on the cult classic 1967 British TV show, The Prisoner.

The first six pages of the Jack Kirby strip were inked and lettered by Mike Royer. The Gil Kane pages are pencils only.

Timed to coincide with the 50th anniversary of the first US transmission, this new series transports readers back to the mysterious village where everyone is a number!

The official graphic novel adaption of The Beatles’ iconic animated film, Yellow Submarine, released to coincide with the 50th Anniversary of its release!

Written and illustrated by Bill Morrison – Editor of Mad Magazine!

The Beatles are recruited be the captain of the Yellow Submarine to help him free Sgt, Pepper’s Lonely Hearts Club Band, and the world of Pepperland from the music-hating Blue Meanies.

30 years ago, the dynamic partnership of Jamie Hewlett and Alan Martin created the first Tank Girl comics in glorious black and white. Now we present those punky, manic, seminal strips in full color, just as Hewlett and Martin would’ve liked to have seen them three decades ago.

Comic written by show writer Barry Hutchinson! Aging superhero Titanium Rex, and his has-been team known as The League of Freedom, struggle to stay relevant in a changing world.

Rich and intricate world, perfect for both science fiction and fantasy fans!

In the intersection, order is key. Having connected solar systems to one another through a series of space tunnels, humans have managed to conquer the universe. But long before humans dominated, there were native species, and after thousands of years something is waking up…

The critically-acclaimed series returns with a brand-new story featuring Fighting American and Speedboy!

Mad Max meets Fallout in the nightmarish vision of life on a dystopian planet!

A band of mutants slog through the harsh deserts of a dystopian planet in search of the factory – The last semblance of civilization left among the wasteland.

When roaming warriors Atlas and Axis return home to find that their village has been destroyed by Viking raiders, they set off on a perilous journey across land and sea to save their friends!

For fans of Neil Gaiman and Tim Burtons The Corpse Bride and Nightmare Before Christmas.

When Alisik wakes up alone in a cemetery, she thinks she’s in the middle of a nightmare. Terrified, she flees into the night, but realises she is invisible to everyone she meets. She really is dead, with no memory of how it happened… and only the words of the other ghosts to help her unravel the mystery of her afterlife.

Witness the very beginning of the Assassin’s Creed!

Written by Jeremy Whitley (Princeless, Thor Vs Hulk) and illustraded by Rhoald Marcellius

Explore and raid across the treacherous Sea of Thieves with this epic story based on the action-adventure multiplayer game from Rare Studios due for release in early 2018 on Xbox One and Windows 10!

Voyaging to far islands in search of legendary buried treasure, our heroes will face rival thieves, the wrath of undead hordes guarding their riches, and the worst that the vast sea has to offer!

When the Doctor and his companions are drawn t a transport vessel in deep space, they’re pulled into an impossible conflict… Between the robotic Heavenly Host and the Weeping Angels!

The second arc of the sell-out, fan favourite series!

Featuring the latest Star Wars news, merchandise, books and comic releases, Star Wars Insider in your inside track to a galaxy far, far away…