C4S with their May 2014 Solicitat..." /> Titan Solicits Sally Of The Wasteland #2 – Comics for Sinners
Solicits 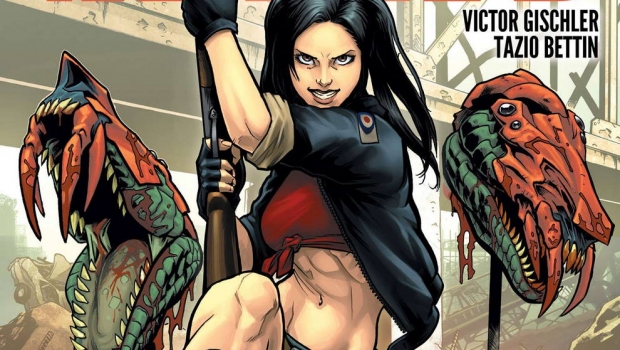 Titan Comics has provides C4S with their May 2014 Solicitations For July 2014 shipping and one of those titles is Sally Of The Wasteland #2.

Sally Of The Wasteland #2

SHE’S THE CAJUN QUEEN OF CARNAGE!

The hellspawn of Victor Gischler (X-Men, Angel & Faith, Noir) and newcomer Tazio Bettin, Sally is as sexy as she is psychotic. She and the crew of the Mississippi Duchess have found their trip down the mutant-infested bayous of post-apocalyptic Louisiana, interrupted by giant killer crawgators!

Their ship sunk, the crew scattered, Sally is keen to find out what became of her dumb blonde himbo, Tommy. However, she has drawn the unwelcome attention of a boatload of unsavory cannibal types…