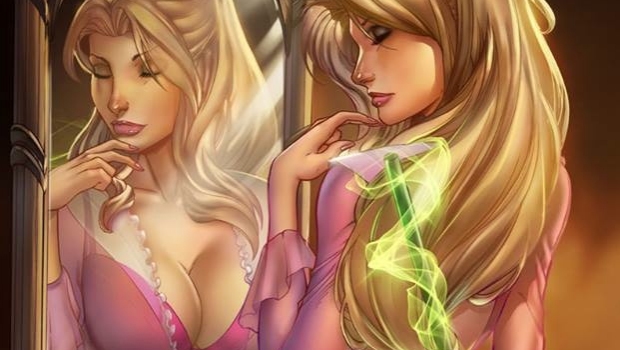 Light-Earth is an ancient world enslaved by an immensely powerful evil. All of the realms must unite, or they will lose everything.

LIGHT-EARTH #1 is a 28 page full-color sci-fi/fantasy epic that showcases a world enslaved by a powerful entity, and the continued efforts by many of the realms to win back their freedom.

This issue begins where #0 left off, the dark lord Vylezor has conquered Light-Earth. Ravnar of Agondul and Anarra of the White Realm lead a resistance to find the ancient Warvac, Zage, whom is believed to be the only person capable of defeating the evil king.

The world is gorgeous, but the roads are perilous.

One of the stretch goal covers and the Armando Huerta package were done for the last issue’s campaign, and in this Kickstarter are part of the package. Come and collect!