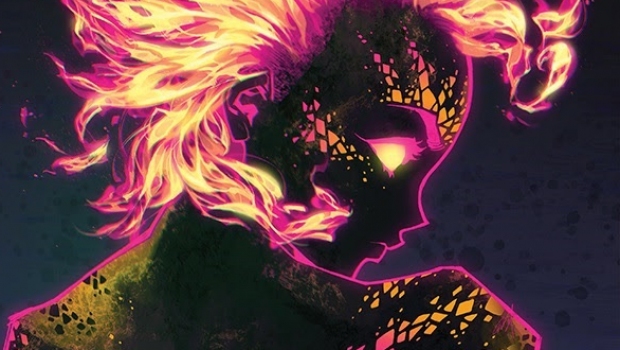 Vampirella #25 Soars in Sales for the Finale! And Nyx Starts Strong! As Fans Get Ready for the Wedding & More

Vampirella’s 50th anniversary series goes out with a bang, with smashing sales for its issue #25 finale and the Daughter of Drakulon’s hotly anticipated wedding to Dracula! Plus, the solo series debut of Vampi’s nemesis Nyx kicks off strong!Thanks to all of the creators involved, the support of fans, and confidence of retailers, Vampirella #25 jumped from the 20,000 copies mark up to 60,000 following FOC, aka “Final Order Cutoff.” While Nyx saw similar leaps from the 11,000 range up to 30,000.

Dynamite is confident in the continued success of Vampirella story after it hits the stands, especially in anticipation of its continuation in the new title Vampirella/Dracula: Unholy this winter, and fans tracing backward after trying that title. In light of this, the final print run for the issue has been decided on 75,000 to make sure every existing fan of the character and newcomers won’t miss out on this historic release.

It’s not a fake out, not an imaginary story, the iconic vampiress is tying the knot following all the critically acclaimed storytelling crafted by writer Christopher Priest and a crew of artists including Ergün Gündüz, Giovanni Timpano, Julius Ohta, Willie Schubert, and a who’s who of killer cover artists.

Fans of the Vampirella mythos have been tuning into the tales of Nyx for over 25 years as well. Born from Chaos – literally – she’s been a thorn in Vampirella’s side ever since. Nyx even killed Vampirella in the iconic Death & Destruction in 1996! Now for the first time, she’s breaking out into her own title like many other beloved antiheroes in comics’ past. Written by Christos Gage, this new series is going to reveal so much about the character, making her even more of a fan-favorite.

Vampirella #25 and Nyx #1 release November 10, with a wide range of beautiful variant covers. Fans can get their copies wherever comics are sold. The Daughter of Drakulon’s story is set to continue in the event series Vampirella/Dracula: Unholy and fans are encouraged to preorder that series to not miss Priest’s next exciting developments.