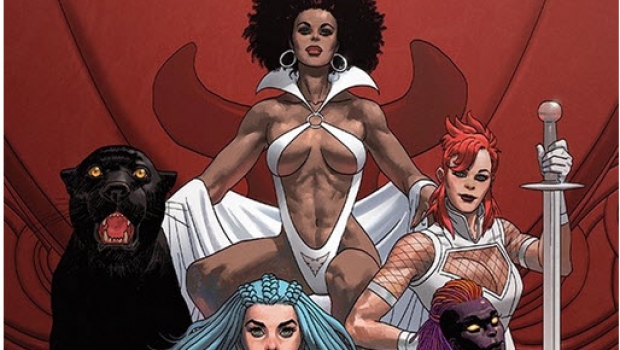 Vampirella by Priest to Extend to ‘SACREDSIX’

Ashthorne, Georgia, is an impoverished farming town known as “Vampire Alley,” home mostly to vampires and other ghouls. The neighboring town of Sacred is a community whose purpose is to oppress and destroy the Ashthorne residents. Led by Lilith of Drakulon, Victory, Pantha, Nyx, Chastity (from Chaos!) and a surprise sixth member will go undercover in Sacred as students and fight injustice as The Six.  Vampirella will also appear in the tale of two cities that examines how good and evil can be found all around, often coexisting.

Dynamite will also be releasing a line of collections gathering Priest’s original Vampirella run.  Seduction of the Innocent will be the debut volume collecting the first six issues as well as the the Free Comic Book Day 2019 #0 that started Vampirella’s 50th anniversary.  The 160-page trade paperback will launch in April.