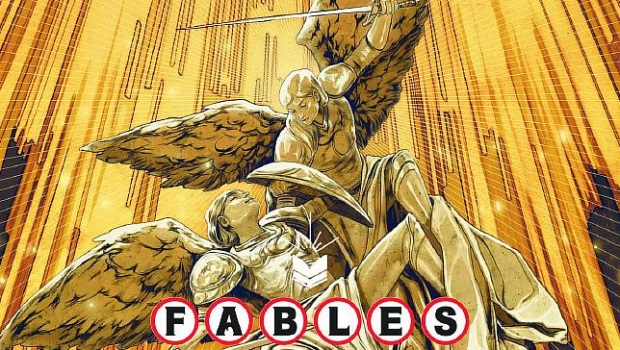 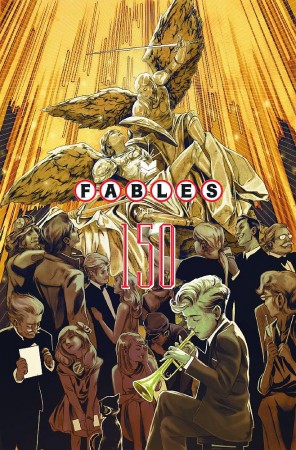 The grand finale to the #1 New York Times bestselling series FABLES has arrived!

FABLES VOL. 22: FAREWELL marks the final installment of the magical story that follows the lives of beloved storybook characters such as Snow White, Rose Red, Bigby Wolf, Little Boy Blue, and shoe-loving Cinderella as they live in Fabletown, a community that lies, unbeknownst to us Mundys, in present day Manhattan.

Over the past 13 years, Bill Willingham and Mark Buckingham have captured the hearts and minds of readers with FABLES, as well as through the many resulting novels and spin-off series.

But as with all stories, a conclusion is inevitable. Good knight vs. bad knight. Rose Red vs. Snow White. The two sisters are caught up in the roles Camelot has set for them, and now they’re ready for battle. Find out which Fabletown characters will live happy ever after…

This concluding volume doubles as the final issue of the series, FABLES #150, and is complete with a 78-page story “Farewell,” followed by 21 short stories that give fans a last look at all the beloved Fabletown characters. The book will also include special extras such as a sketch gallery, script pages, and more!