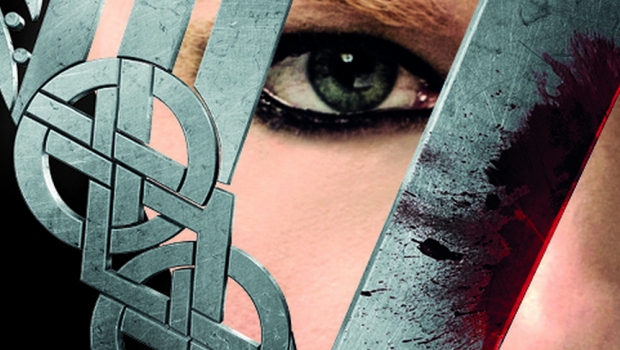 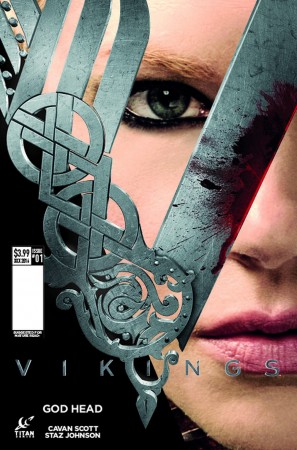 The forthcoming comic book series which takes place within the third season and will follow Ragnar Lothbrok as he leads his Northmen on a new saga of glory and plunder. This tale of politics, intrigue, betrayal and sword-swinging combat is penned by best-selling Doctor Who writer Cavan Scott and illustrated by Staz Johnson (Wolverine, Spider-Man).

“I have been a complete Viking geek ever since I visited the Yorvik Viking Centre in York as a kid. After years of reading the sagas of the marauding Northmen I couldn’t wait for the Vikings series. I’ve loved every minute of the first three seasons and am absolutely thrilled to be bringing Ragnar, Lagertha, Rollo, Floki and the rest to the world of comics. I can promise you the same mix of melees, mysticism, blood and treachery as King Ragnar faces his toughest challenges yet. Who will desert him first, his gods or his men?” – Cavan Scott

The brand new Vikings comic series is due to hit stores Spring 2016. Four variant covers will be available, including two photo covers

Vikings is the critically acclaimed series from creator and sole writer Michael Hirst (Academy Award® winning film Elizabeth and the Emmy® and Golden Globe® nominated series “The Tudors”) and is a family saga that tells the remarkable tales of the lives and epic adventures of the raiders and explorers of the Dark Ages through the eyes of the Viking society. The gripping family saga of Ragnar (Travis Fimmel), Rollo (Clive Standen), Lagertha (Katheryn Winnick) and Bjorn (Alexander Ludwig) continues as alliances and loyal friendships are questioned, faith is catechized and relationships are strained when the highly anticipated fourth season premieres on February 18 at 10pm ET/PT on HISTORY.

Vikings is an international Irish/Canadian co-production by World 2000 and Take 5 Productions. HISTORY broadcasts domestically in the U.S. MGM Television brought the series to the network and brings Vikings to the global audience, serving as the worldwide distributor outside of Ireland and Canada. Vikings is produced in association with Shaw Media, and the series also airs on HISTORY in Canada.

To keep up-to-date with news on the Vikings comic, join Titan Comics on Facebook or follow @ComicsTitan on Twitter. For more information about Titan Comics, visit Titan-Comics.com