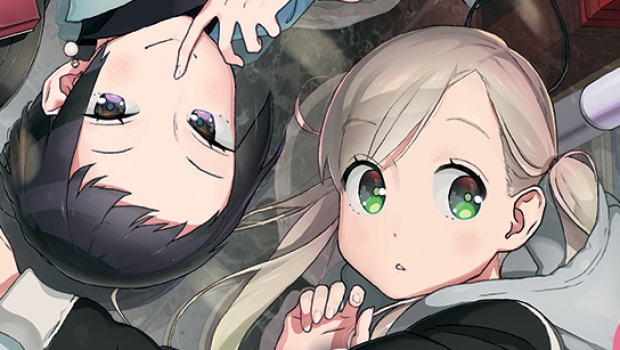 VIZ Media presents a refreshing modern romance between two women that defy stereotypes and clichés of the “yuri,” or “girls’ love,” genre with the launch of AFTER HOURS on June 13th.

The manga series, created by Yuhta Nishio, is rated ‘T+’ for Older Teens and will carry a print MSRP of $9.99 U.S. / $12.99 CAN. The series also launches digitally on June 13th via VIZ.com and the VIZ Manga App, as well as from the Nook, Kobo, Kindle, iBooks, comiXology and Google Play stores.

In AFTER HOURS, Emi Ashiana is 24, unemployed and not really sure what she wants do with her life. When a friend invites her to a dance club, Emi doesn’t expect much. But when she meets vivacious DJ Kei, whole new avenues of passion and purpose open up to her.

“AFTER HOURS is a lively, heartfelt story set amidst Tokyo’s club scene about queer young women coming into their own,” says Pancha Diaz, Editor. “The series presents a wonderful entry point for Western readers as well as veteran manga fans to explore ‘yuri’ or ‘girls love’ manga with relatable characters and a very socially relevant storyline.”

Yuhta Nishio is a manga creator, illustrator and sometimes painter. His debut manga, Irikachi, started in IKKI magazine in 2014. His other manga series include Diorama Crew and Domuun. His artwork has appeared in the gallery shows KAI-YOU Presents Sekai to Asobu!, Hyakaten and A Nightmare Is a Dream Come True: Anime Expressionist Painting.

For additional information on AFTER HOURS and other manga titles available from VIZ Media, please visit VIZ.com.