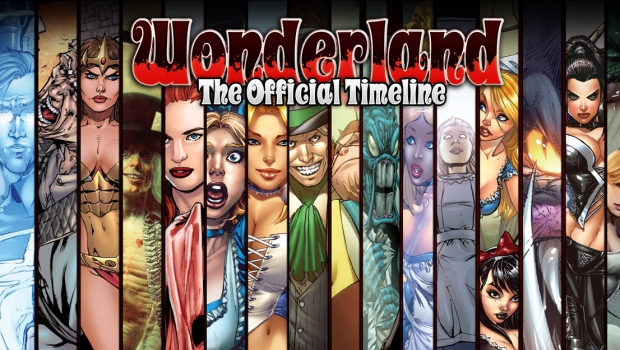 With the massive library on its sassy, gore and grimm version of Wonderland being developed over at Zenescope over the last few years, it might be helpful to have a visual reminder of all the stories to date, to have a time-line of sorts.