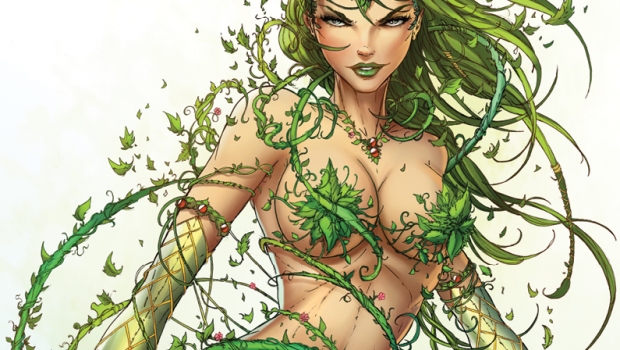 Zenescope Entertainment has announced its plans for Wizard World Sacramento 2014 at the Sacramento Convention Center from March 7th – 9th.  The company will be exhibiting at booth #605, and will have on hand its newest trade paperback releases, high end art prints, hardcover collections, and exclusive comics. This includes a Sacramento limited edition exclusive, for Grimm Fairy Tales Code Red #4 with artwork by the ultra-talented Michael Dooney (Teenage Mutant Ninja Turtles). The Sacramento exclusive is limited to only 350 copies, and all fans who purchase the issue will also have a chance to win a limited edition art print. Head to booth #605 for details.

Zenescope will also be holding the Grimm Fairy Tales Animated panel on Saturday March 8th at 5:00pm in panel room 104. The panel will be hosted by Zenescope editor and writer, Pat Shand. The screening will feature the 20 minute Grimm Fairy Tales animated pilot (mature audiences only) as well as behind the scenes footage with actors Lena Headey and Chris Hardwick. Fans who attend will be invited back to Zenescope’s booth for a free signed comic from Pat..

Zenescope Entertainment will also be giving away free comics randomly all weekend long and Zenescope writer Pat Shand will be available to sign throughout the weekend.

For more information about the exclusives, signing schedule, or even anything else regarding Zenescope’s plans at Wizard World Sacramento, be sure to check the official Zenescope blog, or follow the updates on the Zenescope Facebook page, or Twitter feed by searching #ZeneWWSac2014.