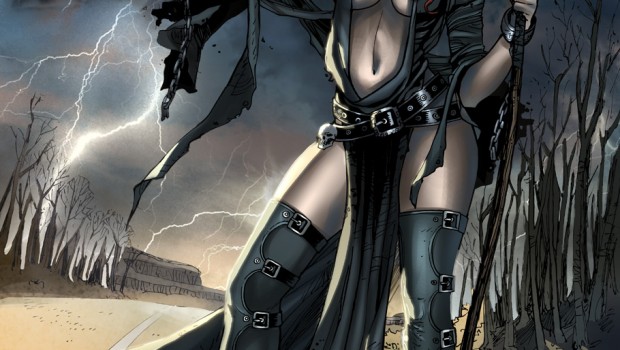 Zenescope is putting their creators directly in touch with the fanbase. Here is their creator address from RALPH TEDESCO and NICOLE GLADE, the writer and editor behind Zenescope’s upcoming series, GRIMM TALES OF TERROR, an anthology series in the vein of Creepshow and Tales from the Crypt that marks Zenescope’s return to horror, the genre that put us on the map!

“GRIMM FAIRY TALES and WONDERLAND, and of course our SE7EN prequel back in 2006 were all definitely spawned from horror. This brings those elements back into the forefront a little more than they have been. With Grimm Tales of Terror, we’re blending horror with some dark humor and delving into urban legends, classic horror stories from Poe, and even original stories. It’s going to be a lot of fun.”

“Fans of our original GFT issues, Tales from the Crypt, and Twilight Zone will feel right at home with Tales of Terror. It features retellings of classic and beloved stories, and also some new ones that will prove just as tantilizing. And then you have the deeply moody art of Antonio Bifulco that is sure to thrill and terrify. This is really a series no horror fan should miss.”