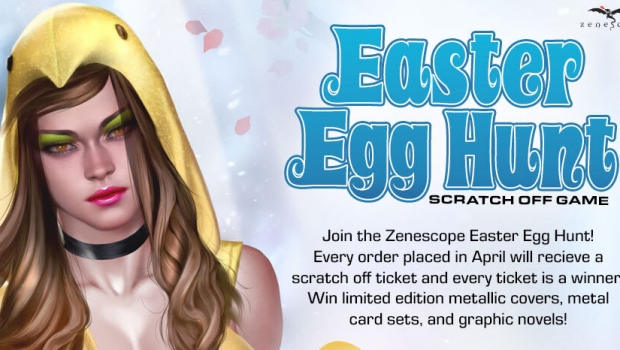 The hunt comes in the form of scratch off tickets sent with every order placed at zenescope.com over a four week period. Prizes will range from coupons for free graphic novels to rare limited edition collectible comics to the Grand Prize “Easter Egg” that includes a 24-carat limited edition collectible gold coin and NFT pack valued at over $5,000.

“This promotion is something we hope will appeal to not just comic book fans but collectors,” said Zenescope’s President Joe Brusha. “The collectible market is booming, and there’s potential for novice and seasoned collectors to make money from comics, coins and NFTs. Our grand prize has the ability to be worth much more than $5,000 and this is a fun way for fans to get their hands on some rare items that hold tangible value.”

The Zenescope Easter Egg Hunt will begin April 15th and run for four weeks or until all the winning tickets have been sent out to buyers. Any order at zenescope.com receives a winning ticket. 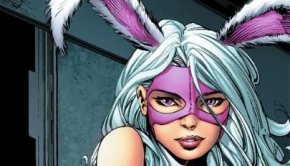