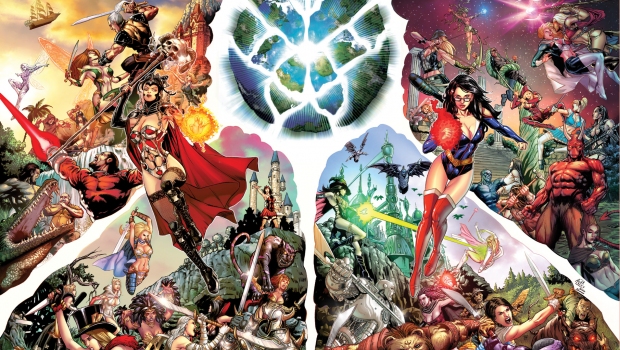 “It’s hard for me to believe we are getting ready to publish our 100th issue of Grimm Fairy Tales. It seems like not that long ago we publishing issue #1 and then trying to figure out how we were going to find enough fairy tales to make it to issue #25. It’s been a blast writing and planning the series and seeing how it has evolved over the last eight years. As excited as I am to be publishing issue #100, I’m even more excited for the direction the series is going to take in #101. It’s going to be a great jumping on point for new readers and I think current fans are going to love it even more. The best way to describe I can describe it is Harry Potter meets Buffy the Vampire Slayer.”