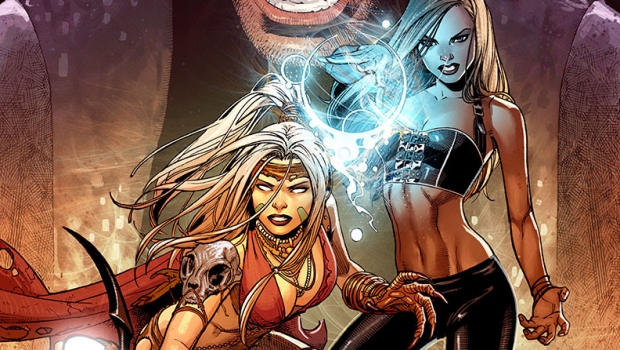 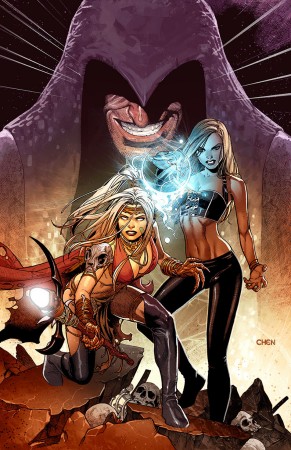 The popular comic book publisher, Zenescope Entertainment, is planning in-store launch events for three of its brand new titles coming in July and August. The company will be holding the events at various comic book retail outlets throughout the country on July 1st, July 15th, and August 19th.

Zenescope will be giving away free comics and other prizes to event attendees as well as holding raffles for the chance to win limited edition canvas prints and other big prizes during each appearance. The first in-store launch event will be for Zenescope’s brand new Grimm Fairy Tales spinoff title, Coven, which will appear at nine separate comic book retail locations throughout the US on July 1st.

Coven tells the story of a powerful sorceress named Baba Yaga as she attempts to protect a young woman named Avril Williams from being hunted by a radical group of modern day witch hunters. The “New Crusaders” are sworn to eradicate witches throughout the world, but they want to take Avril Williams alive in order to use her immense and untapped power for their own devices.

Zenescope will also be hosting a second Launch Event on July 15th for its brand new sci-fi/horror title, Aliens vs. Zombies and a third on August 19th to celebrate the return of fan-favorite character, Liesel Van Helsing in Van Helsing vs. Dracula.