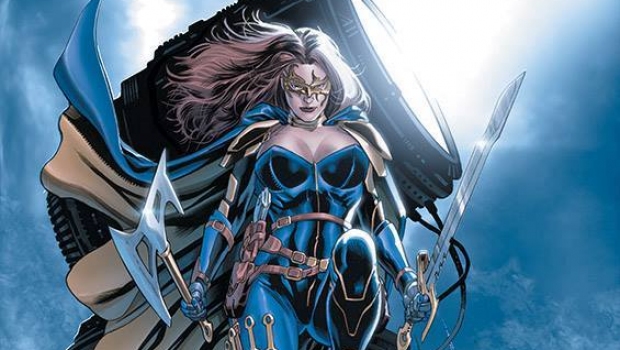 Which Zenescope publishing announcement from New York Comic Con 2017 are you most looking forward to?

✨ Zenescope co-founder Ralph Tedesco (The Courier: From The Ashes) brings Zenescope’s two most popular characters together on a collision course! Find out who will prevail in Van Helsing vs. Robyn Hood coming January 2018!

More information on Zenescope’s new series can be found in Diamond Previews 349 & 350.