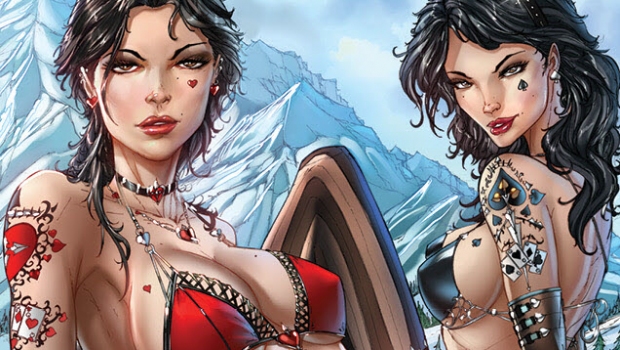 Zenescope Entertainment has announced its plans for Calgary Comic and Entertainment Expo 2014 at the BMO Center located in Stampede Park, Calgary, Alberta Canada – April 24th-27th. The company will be exhibiting at booth #913, and will have on hand its newest trade paperback releases, high-end art prints, hardcover collections, and exclusive comics.

All fans that purchase the issue Ascension #3 Cover D by Dawn McTeigue will also have a chance to win a limited edition art print of the exclusive. Head to booth #913 for details.

Zenescope Writer Pat Shand and Artist Larry Watts will be signing books at the booth (#913) at the following times:

The company will also be handing out free comics at random throughout the weekend so make sure you stop by the booth for a chance to grab some free books!

For more information about the exclusives, signing schedule, or even anything else regarding Zenescope’s plans at Calgary Comic and Entertainment Expo, be sure to check the official Zenescope blog, or follow the updates on the Zenescope Facebook page, or Twitter